Kilimanjaro On The Mountain

Congratulations you’ve decided to take on the most thrilling adventure of Climbing Mount Kilimanjaro. Now you’re wondering how it will be like to climb the highest freestanding mountain in the world! Don’t worry you’ve landed on the right page. We will give you a complete and thoroughly knowledgeable insight into how Kilimanjaro On The Mountain will be looking like? So without further ado read on….

Climbing one of the world’s tallest mountains is not a decision to be taken lightly. It will take endurance, a decent amount of fitness, and not to mention a good sense of humor. But in the end, it’ll be all worth it. When you get yourself that cavorted photo at the top of Uhuru Peak you’ll forget about your aching muscle or tired body or sleep-deprived mind. It’ll be a completely out-of-the-body experience that is going to change your perspective of life.

Mount Kilimanjaro is not a typical mountain; it is a volcano, or rather three volcanoes, with the three main peaks, Kibo, Mawenzi, and Shira. Out of these, Mawenzi and Shira are extinct while Kibo is dormant. Uhuru peak is situated in the Kibo cones. That’s where your final summit will be

Where is Kilimanjaro National Park?

Kilimanjaro Park is 300 kilometers (190 mi) south of the equator situated in Kilimanjaro Region, Tanzania. You can see it on the map below.

Is Mount Kilimanjaro Different from other summits?

Now you know that Kilimanjaro is not like your traditional mountain. Actually, it’s a giant strato volcano that began forming about a million years ago. This mountain is composed of many layers of pumice, hardened volcanic ash, lava, and tephra that fell out during volcanic eruptions.

Kilimanjaro certainly has its own climate zones and weather, along with that, the flora and fauna which change drastically as you ascend the mountain. 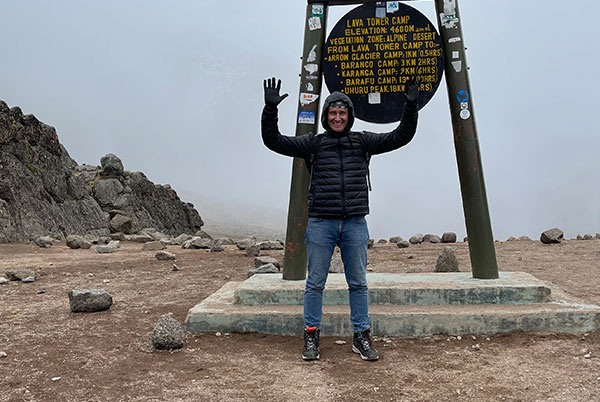 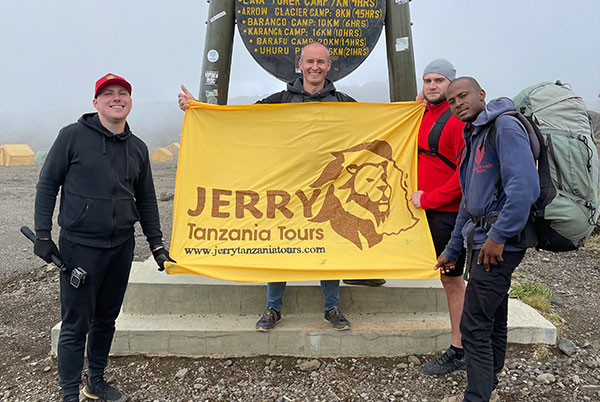 Why Is The Kilimanjaro Hike So Popular Among Tourists?

Kilimanjaro is not just a mountain it's an icon. It is popularly referred to as Every men's Everest. That's why every year, over 20,000 people climb Mt. Kilimanjaro just got that special experience of standing on the roof of Africa.

Most of these people are often hill walkers looking to hike the big mountains in a foreign country, but Kilimanjaro has the added benefit of distinct environments at different levels.

You ascend through five totally different environments while Climbing Kilimanjaro.

That's the beauty of Mount Kilimanjaro, it has these very distinct ecosystems. It will almost be like every day you're in a whole new world.

Contrary to the popular myth, the Kilimanjaro Climb is very achievable. It's not technical - it's a walk-up. As long as you go slowly and don't overdo it, you've got a good chance of summiting.

The Kilimanjaro Weather can vary from burning hot to extremely cold within a single day. Even though Kilimanjaro doesn’t experience drastic temperature changes from season to season, the Mount Kilimanjaro Temperature is mainly determined by the altitude.

Climbing Mount Kilimanjaro is unique in so many different ways. From the beginning to submit, you’ll be navigating through several distinct climate zones. So much so that at one point it might feel like traveling from the equator to Antarctica in a matter of days. That’s mainly because the routes to the Uhuru Peak cross different ecological zones.

The Kilimanjaro Temperature is also highly fluctuating and almost unpredictable. One moment you’re Climbing Mount Kilimanjaro in baking sunlight, and the next you’ve to layer up against a bitter wind.

Below we have mapped out the average temperature, humidity, and precipitation figures for Moshi which is the gateway town from which most of the Kilimanjaro Hike begins.

As you can see, January and February are the warmest months, April and May are the wettest months, June and July are the coolest months, and August and September are the driest months.

The night temperatures at the Kilimanjaro Summit, Uhuru Point, can range between 20 and -20 degrees Fahrenheit (-7 to -29 degrees Celsius). As you know now, Mount Kilimanjaro creates its own weather which is extremely variable and impossible to predict. Therefore, we advise you to always be prepared for wet days and cold nights. 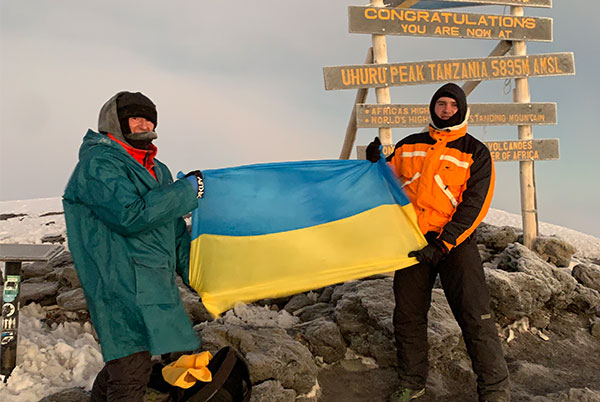 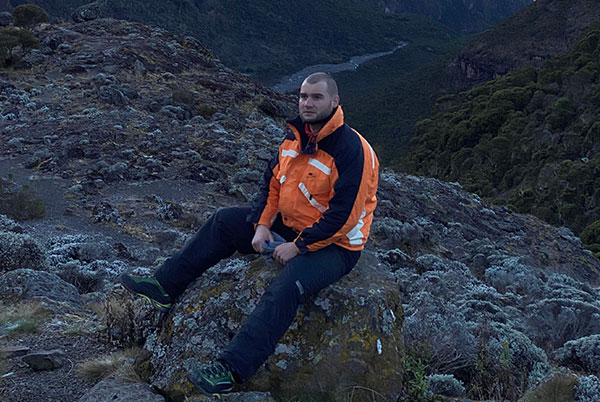 On the mountain, every day will be an early start. Our staff will wake you up at 6 am. He/she will bring you a warm pan of water in the tent to wash your face and hands. After that, you’ll have breakfast in a mess tent where all the meals are served.

The mass tent is well equipped with chairs, tables, dinnerware, and silverware. This is going to be your hang-out place every day before and after the hike where you’ll mingle and make friends. Your daily health check-up will also be done in the mess tent either during breakfast or during dinner.

After breakfast pack, your daypack with all the essentials for the day, and rest put in your duffel bag. Our Kilimanjaro porters will carry the rest of your belongings along with your gears to the next camp.

Typically, your hike will begin around 8:00 AM. Your average walking time will be around four to six hours per day keeping in mind that the hours vary from day today.

On the hike our Climb Kilimanjaro Guide will decide the pace and when to take breaks depending on his assessment of the party's performance.

Sometimes we have heard concerns about "too slow" pace and consequently lagging behind the guide and the rest of the group. Let me assure you, this concern is unwarranted. Being slow is fine, and in fact, the need of the mountain. Our guides will set a very slow hiking pace to give you the best chance to acclimatize to the increasing altitude. Because most people who are turned around on the mountain typically fall victim to altitude sickness, and not because they were physically exhausted.

Typically we’ll serve hot lunch halfway through your day's trek through on occasion a boxed lunch may be provided.

At the beginning of the day’s hike, the porter will stay back to wrap everything up in the camp and after that, they move ahead of the group to reach the next camp early to set everything up before your arrival.

You can have some snakes upon your arrival at the campsite. Our staff will provide you a pan of water for clean-up just before dinner. You'll have your dinner around 6:00 PM.

After dinner, our guide will discuss the next day's events with the group. After which you will hang around the mess chatting with your fellow climbers, staff, and others sharing the campsite, reading, or otherwise relaxing.

Summit attempt will be tough. It will be a minimum 12-16 hour hike. But this mammoth effort is what makes Climbing Kilimanjaro such a great achievement. It begins very early as Kilimanjaro guides try to time their trekking party to reach Uhuru Peak at sunrise.

The final preparation begins after you arrive at the Base Camp. You will have an early dinner followed by our regular briefing. On this day you will be hitting the bed earlier than on other days.

Our Mount Kilimanjaro Guide will wake you up a little after 11:00 p.m. then you will get ready and have a light snack. You will be beginning your summit attempt at midnight.

You'll begin your ascend in the cold and windy darkness. It goes without saying that under these conditions, climbing is difficult, especially on loose rock and very steep slopes.

You'll reach the Uhuru Peak summit just in time of dawn. There you will enjoy the awesome sunrise and the view up from the top.  After the due celebrations and superb clicks, you’ll begin your descent to either Barafu or Kibo Hut. There, you‘ll be eating lunch. Then rest a bit to regain your strength.

It is unwise to descend immediately after summiting. Because that is where most people get tired. You need to consider last night's lack of sleep, the expenditure of energy required for the successful summit to the peak, and especially the strain put up by long-distance covered that day. After a while, we’ll continue the descent to a much lower camp. This is completely normal.

At Jerry Tanzania Tours we also offer full-moon summit climbs. True to its name, these Kilimanjaro Climb are timed so that summit night takes place under a full moon. This is a truly special way to climb Kilimanjaro, as the moonshine illuminates your entire path as if you’re walking under the glitzy bed of diamonds.

The sights and landscape views, especially the Kilimanjaro Summit View is often overwhelming. In fact, a few of our visitors were so moved by the experience that they had tears in their eyes. After all, it’s such an emotional thing to get to the summit. You may never do anything bigger than that, and it’s a great privilege for us to take you up there & Jerry Tanzania Tours is here to serve the best! 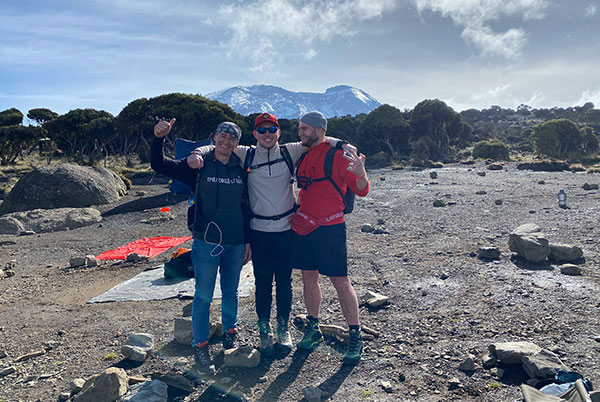 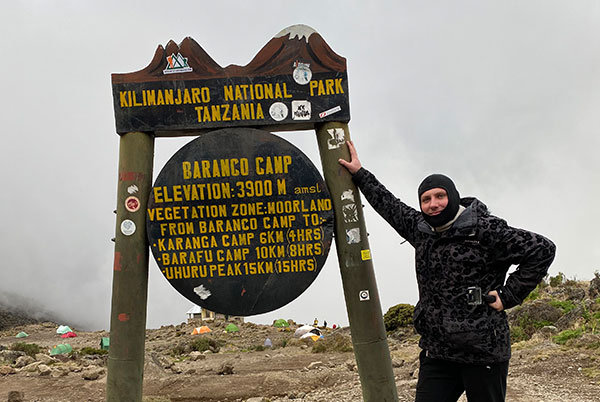 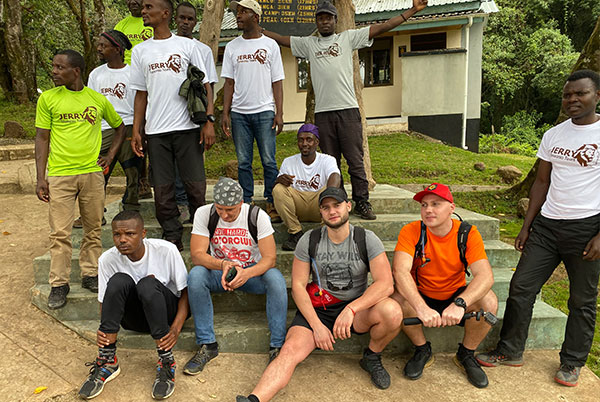 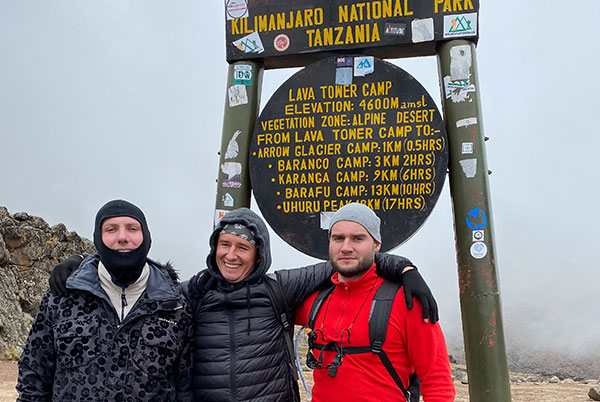 Kilimanjaro On The Mountain FAQ’s

Every day you just come out of the camp and have breakfast. The again trek for 4-6hrs. Sunset attains after 1715 hours on the equator liable on the month. And temperatures fall at altitude and you will have the spectacular sight of sunrise.

The Summit Day will be very brutal, but worth it. Kilimanjaro Trek is no relaxed climb, it make you face to face tiredness, seasickness, headaches, etc. The time you reach the top and see the smiles on the faces of the people nearby you. It improvise your personality and physical health condition and make you stronger.

Kilimanjaro acclimatize from its base roughly around 16,732 feet (5,100 meters) from the plateau near the Tanzanian city of Moshi. You can experience it on you Kilimanjaro Trekking.