With over 15 Tanzania National Park conserving over 20% of Africa’s population of mammals has maintained an enriched quality of flora and fauna that attracts thousands of travellers across the globe to explore these exciting parks on their Tanzania Safari Tours.

We have sub-categorised the different parts of Tanzania as southern, northern, eastern and western zones and the various national parks found in them as follows:

The Kitulo National Park is also referred by locals as “The Garden of God” and the botanists call it the “The Serengeti of Flowers”. The park is home to over 350 varieties of species that includes 45 varieties of terrestrial orchid – forming a wildflower display during the rainy season. There are two popular mountains Poroto and Livingstone Mountains that cover an area of 412.9km2 and its well-watered volcanic soils support the largest montane grassland In Tanzania.

Famous for rare game viewing and fascinating landscapes, the Ruaha National Park is an untouched ecosystem. Apart from this the Great Ruaha River is the lifeline of the park and flows for 160km through the entire eastern boundary plains.

Germany gazetted it in 1910 and 1946 named it Rungwa Game Reserve. Later in 2008, Usangu Game Reserve and wetlands extended into the park making Ruaha National Park the largest in East Africa with an area covering 20226 km2 hosting the region’s largest concentration of elephants.

The Katavi National Park is Tanzania’s third-largest national park at 4.4 71 km2. Katavi is a true wilderness, isolated, quiet and unspoilt, providing a real taste of Africa. The park lies in the south-western part of the country within the Rift Valley, and end in the shallow expanse of Lake Rukwa. The park also draws an abundance of hippos and 4,000 elephants. The game viewing is focused on the Katuma River and its floodplains, such as the seasonal Lakes Kata and Chada.

Serengeti is the oldest and most popular Tanzania National Park, and thousands of people visit this world heritage site on Tanzania Safari Tours and recently the place has been proclaimed the 7th Wonder of the World, covering an area of 14.763km2.

The Serengeti National Park is famous for The Great Migration and offers the most scintillating game-viewing in Africa all year round. You will also find the Big 5 here occasionally spotting varieties of critically endangered animals as well.

The Rubondo Island National Park was gazetted in 1977 and is an important breeding ground for migratory birds and fish. Did you know that over 80% of the park is covered by dense forest, providing a variety of habitats to wildlife? There is a unique combination of both marine and mainland flora and fauna found in the park. The Wami River is the most important freshwater source in the park apart from numerous seasonal rivers and dams.

The Gombe Stream National Park covers an area of 52km2 and is the smallest Tanzania National Park.  The park is a delicate strip of chimpanzee habitat close to steep slopes and river valleys surrounding the region the northern shore of Lake Tanganyika.

Home to some of Africa’s remaining wild chimpanzees; Mahale Mountains National Park covers an area of 1613km2 and hosts a chimp population of roughly 800. There is a 50 km long stretch of Mahel’s mountain ridge that runs across the park. Mt. Nkungwe, is the highest point on Lake Tanganyika’s shoreline the mountain is at a height of 2462m.

Mount Kilimanjaro National Park is the highest point in Africa and rises to 5,895 m. This massive volcanic mountain stands in splendid isolation above the surrounding plains and offers gorgeous snowy peak traversing through 5 different climatic zones. You will spot some endangered species, in the park as well.

The Lake Manyara National Park stretches for 50km along the base of the 600m high Rift Valley escarpment and was described by Ernest Hemingway as “the loveliest I had seen in Africa”. With a huge expanse of lush groundwater forest of ancient mahogany trees, the park has contrasted land of grassy floodplain with views across the alkaline lake to the volcanic peaks of the Masai Steppes.

The Mkomazi National Park is a bridge between the northern safari circuit and other coastal attractions and starts at a height of 3245km2. The park hosts some unique and two of the highly endangered species – the black rhino and African wild dog.

Ranking as the 6th largest National Park in Tanzania and covering an area of 2,600 square kilometers, The Tarangire National Park is most popular for its large elephant herds and mini-wildlife migration that takes place during the dry season which sees about 250,000 animals enter the park.

The Tarangire River during the dry season shrinks and draws multitudes of thirsty wildlife embarking the greatest concentration of mammals outside Serengeti National Park. You will also encounter flocks of the colourful yellow-collared love bird, ashy starling and Rufous-tailed weaver that are endemic to the dry savannah of central Tanzania.

The Saadani National Park lies in the historic triangle of Bagamoyo, Pangam and Zanzibar covering an area of 1100km2. Offering a unique combination of both marine and mainland flora and fauna the park accesses the open ocean with coral reefs changing inland waters to mangrove forest ecosystems.

The Mikumi National Park lies at the border of Africa’s biggest game reserve-the Selous dissecting the tarred road between Dar es Salaam and Iringa. The floodplain of the national park is the central part and hosts numerous wildlife reserves. Hippos at the pools near the entrance of the park are the main attractions. While Mikumi is the fourth largest park in Tanzania, it stands at a height of 3230km2 and is part of a much larger ecosystem.

The Udzungwa Mountains National Park forests consist of verdant glades of 30 metre high trees. Rising to a high altitude of 1992km2, Udzungwa is the largest and most bio-diverse chains of the ecosystem in Africa. Collectively referred as the Eastern Arc Mountains, the area has closed -canopy spans rising to a height of 250m to 2000m.

Arusha National Park is a gem of varied ecosystems and spectacular views of Mt. Meru, the crater that gives the region its name.

It is a popular destination for day trip visitors who are about to embark from the town of Arusha on longer northern circuit safaris. The small national park includes the slopes, summit, and ash cone of Mt. Meru, the Momela Lakes, Ngurdoto Crater, and the lush highland forests that blanket its lower slopes. Game viewing around the Momela Lakes is at a laid-back and quiet pace, and while passing through the forest many visitors stop to search for troupes of rare colubus monkeys playing in the canopy.

The lower rates are for the citizens of Tanzania while for all other non-East African Citizens the prices range to the higher extreme. The cost of entering the park for children below the age of 5 years is free.

The New National Parks In Tanzania are Burigi-Chato, Ibanda-Lumanyika, Karagwe Kyerwa and the Nyerere National Park. In December 2019, after the World Bank (WB) and the German Federal Government Development Bank (KfW) gave over Sh255 billion for the upgrading of Tanzania's new national parks the above 5 Tanzania National Park came into existence.

You can explore all these national parks and choose Best National Parks In Tanzania that suits you and spend more time exploring it. There are numerous Tanzania Wildlife Park where you can book your exclusive Tanzania National Parks Reservations beforehand to enjoy the Best Safari In Tanzania.

We advise you to buy your Tanzania Travel Insurance before entering the country to enjoy a safe, secure and budget-friendly travel. Our travel experts provide the best Tanzania Travel Advice and excellent Tanzania Safari Facts to keep you updated throughout the trip make your safari a successful one. 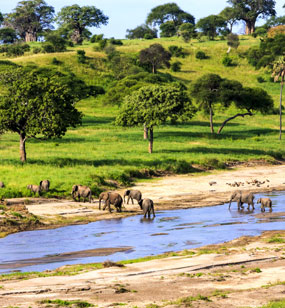 The Serengeti one of the oldest ecology in the world. It’s usually warm and dry environment is interjected by two rainy seasons (April to May, and a shorter season in November/December). The park, and worldwide tourist desirability, was supplementary to the UNESCO World Heritage List in 1981. The National park is hugely known for the endless herbs and huge number of wild species. Serengeti Migration Safari is the well know thing ever happen in Serengeti every year.

According to analysis Serengeti is the most spectacular park in Tanzania. By containing the vast number of wild life species, birds and reptiles are the most endangered and specific. People use to spot the big five (lion, buffalo, elephant, rhino, and cheetah). And the spectacular migration is a big attraction of tourism. Probably it’s the best place for Tanzania Adventure Tours.

The Serengeti is well-known for its great quantity of big cats and the highly endangered African Wild Dog is moderately easy to find in Selous and Ruaha where their numbers are quite a lot. Gombe Watercourse and Mahale are Africa's best chimpanzee game reserves. Exposing to these place will give you the best Tanzania Safari Experience.

The cost of Serengeti Safari will depend completely depends on how many days you will stay and which season you choose. Basically 4-5 days are enough to visit Serengeti. The dry season is quite expensive as it is the high season of Wild beast migration. Park fees to Serengeti National Park for non-citizens are charged per head, per day. Adults over the age of 16 pay nearly $60 USD; children aged 5-16 pay nearly $30 USD; and children below the age of 5 are free. 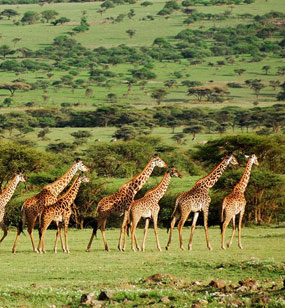 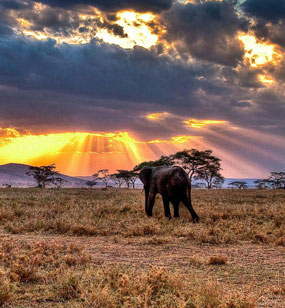 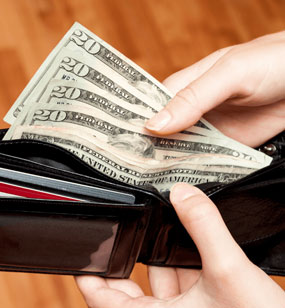 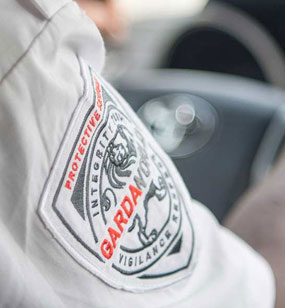 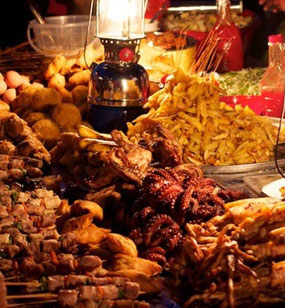 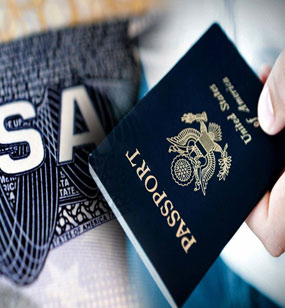 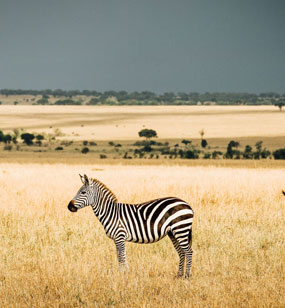 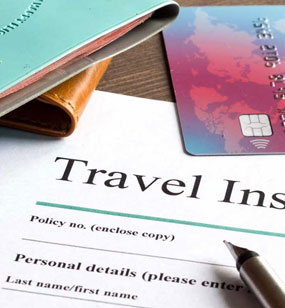 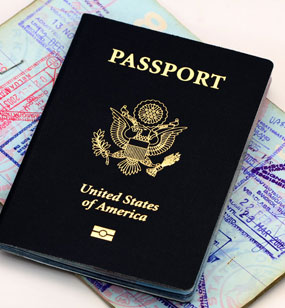 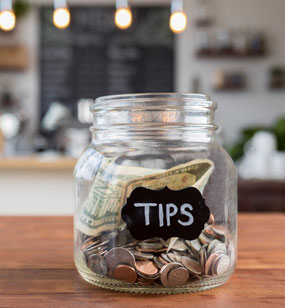 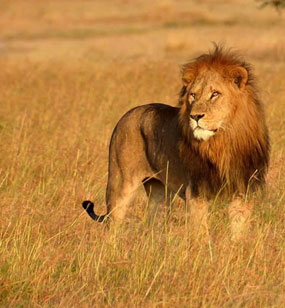 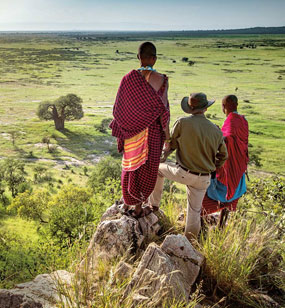 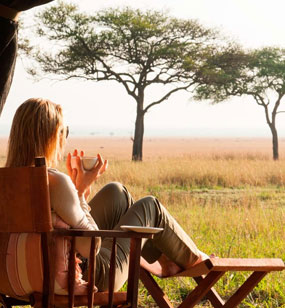 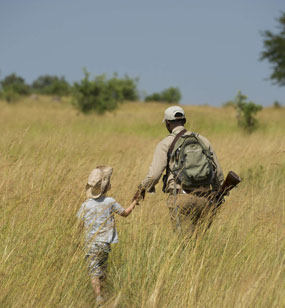 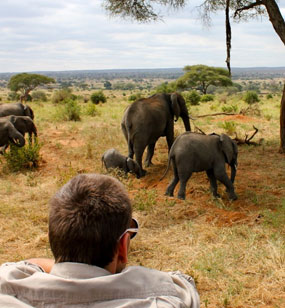 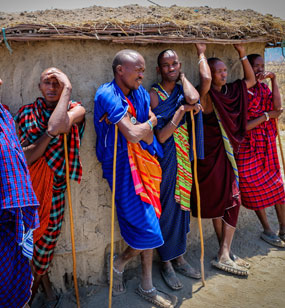 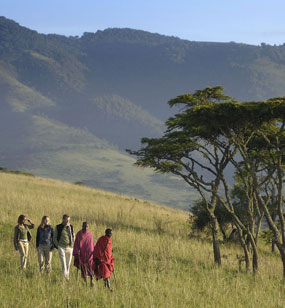 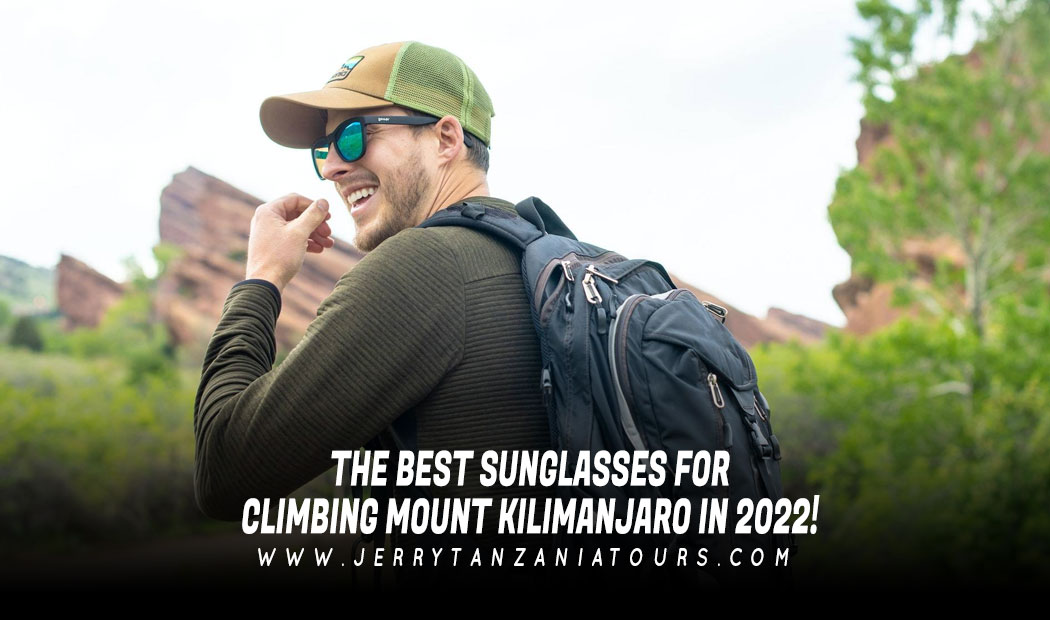 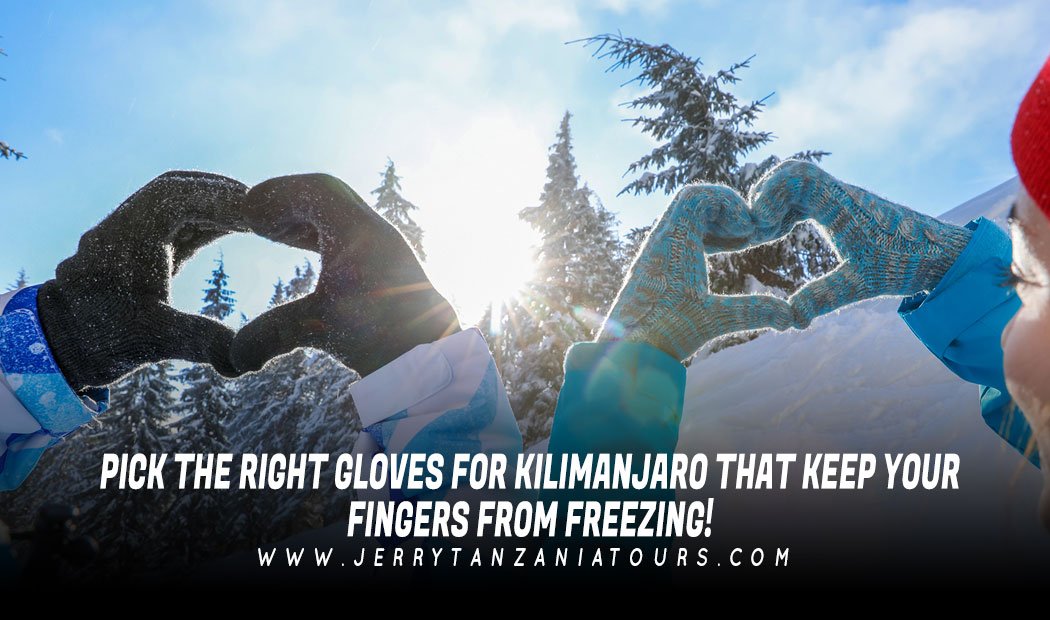 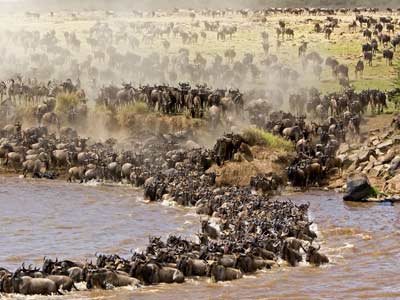 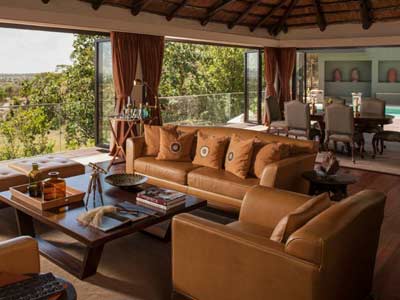 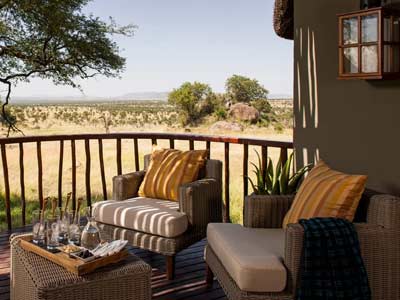 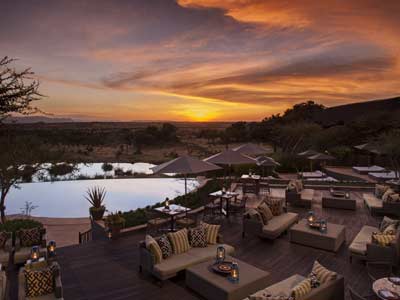 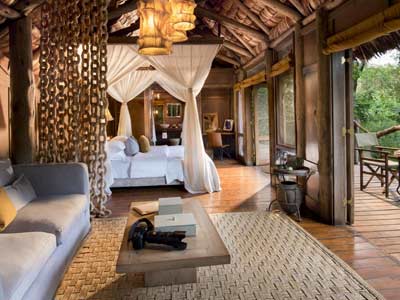 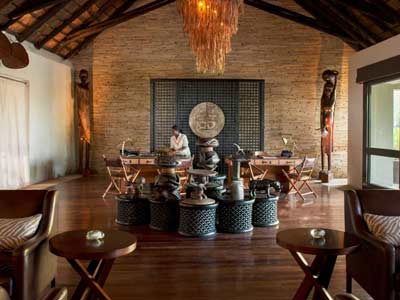 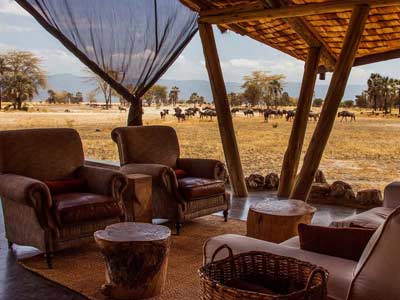 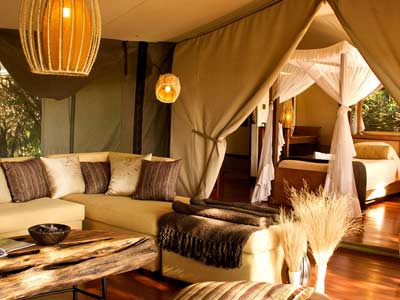 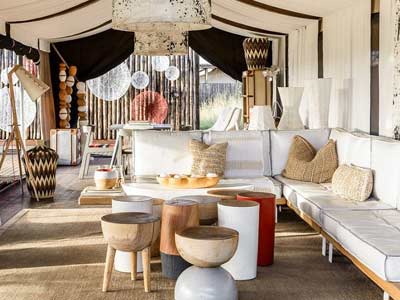 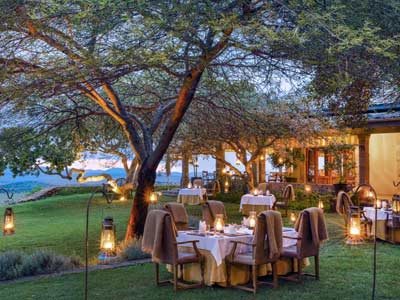