What takes you up the summit of the top of the world in Tanzania are the Kilimanjaro Routes, who accompany you along with the dedicated guides and porters to help you achieve your incredible dreams. You will learn so much from these gorgeous Kilimanjaro Walking Routes, who have hosted thousands of travelers up the summit. They are stunning, soothing, and noteworthy.

The Kilimanjaro Hiking Routes are of 7 varieties, the most popular of them being:

The two other Kilimanjaro Trekking Routes are: 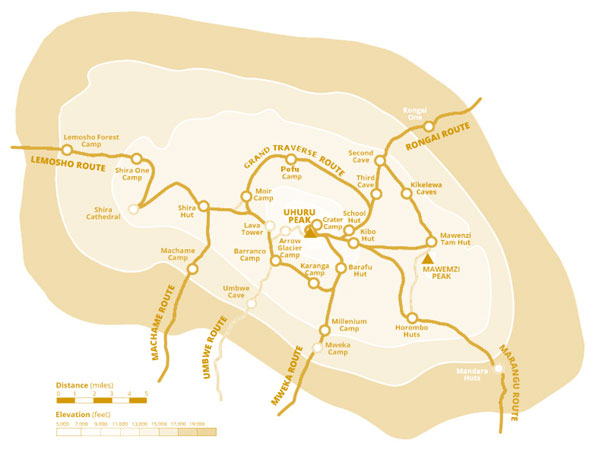 Kilimanjaro Climbing Routes that are approachable any time. Researching Kilimanjaro is not an easy task. Making the right choice when it comes to the Kilimanjaro Routes is an important bit towards a successful summit. We at Jerry Tanzania Tours want to give you as much information as possible to help you make this choice.

Among the 7 Kilimanjaro routes, all routes have their pros and cons, some people may agree or disagree but it comes down to your personal choice to choose a route for climbing. For you to figure out which is the best, ask yourself these questions:

How Many Days do you have?

You can start Climbing Mount Kilimanjaro anywhere between, 5-9 days, most people go for maybe 7 or 8 days. Remember though that these are the days that you are hiking the mountain. So you need one more day for arrival, and one more after departure.

So if you choose the 7 – Day route, it means you guys have like nine days for that.

When do you want to climb?

You can start Kilimanjaro Climb all year round, there are two wet seasons though, and there is a long and a short period. The long is from March to May, and the short one is just November.

What is your Budget?

You can climb Kilimanjaro from $1500 - $2000 on a six days budget. It goes all the way to four, five and even six thousand dollars, on a longer luxurious climb. Most clients set around $2500 for a seven-day value for money climb.

What do you want to get out of this?

What do you want to get out of this climb? Are you there for the beautiful scenery? Do you prefer a less crowded Kilimanjaro Hike or are you there just for the mental and physical challenge?

Let us understand the brief overview of the 5 routes:

The Lemosho Route is considered the most scenic route, on Kilimanjaro and is also one of the newest routes. The only difference it has from the Machame route is that it has, fewer people and has a different start. So both the groups join each other on day three and do the last couple of days together.

Have at least 7 days to climb

Northern Circuit is also a western approaching route, but it’s the only one that circles the mountain on the northern side than on the southern side. That makes it less crowded and also offers some beautiful views. The only side of the Northern Circuit is that you need nine days, but if you have the time and a little more budget, it is a very beautiful route.

This route also has a high success rate due to the length of nine days.

Prefer to be alone with mountaine

Want to take longest path up

Can deal with 8 or more day of camping

The Machame Route is one of the most scenic routes on the mountain and is also one of the western approaching routes. It’s considered very beautiful, it has a great acclimatization profile, which leads to a high success rate.

It can be done in six days, mostly it’s done in seven days. That’s also what we would recommend. The only downside of the Machame Route is that it has become very popular, so it can get crowded than other routes.

The Marangu Route is the oldest and the most established route on Kilimanjaro. Sometimes referred to as the polar route or the tourist route as well, it’s the only route that offers accommodation, and it can be climbed between five or six days. It’s a popular choice if you climb during the wet season. Mainly because of the huts which offer, more protection from the rain than you would have when you camp on other routes.

Marangu route is not very scenic. So we wouldn’t necessarily recommend it also because it goes up and down the same path.

Have experience with high altitude

The Rongai Route is a medium difficulty route. It’s a particularly good choice if you are climbing during the wet season. This is because it approaches the mountain from the North.

You can complete the Kilimanjaro Route climb in 6 days, but normally we would recommend, to do it in seven days.

Want to increase your chances of seeing wildlife

Want to see the view from the north

The following is the detailed list of the Kilimanjaro Routes Success Rates:

From the above table the following conclusion can be drawn:

What do you observe?

The best route to Climb Kilimanjaro

As per Jerry Tanzania Tours, the Best Route to Climb Kilimanjaro is the Lemosho route as it is the most beautiful and scenic route on Mount Kilimanjaro. This route also provides a high Kilimanjaro Success Rate as well due to the longer itinerary of 7-8 Days on the mountain.

Apart from the Lemosho route other Kilimanjaro routes such as the Machame, Lemosho, Northern Circuit, and Rongai Routes are also considered to provide a high success rate of up to 97% on the mountain. These routes are scenic as well. The Best Kilimanjaro Route for any climber is the one that helps you acclimatize well and reach the summit successfully.

Have a look at the difficulty level of each of the Kilimanjaro routes: 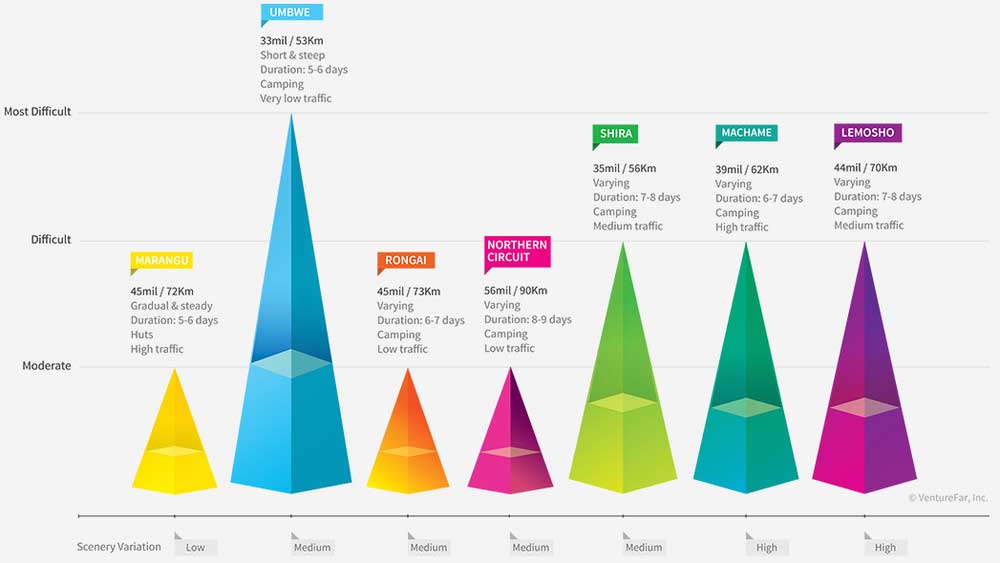 From the above image, the following can be deciphered:

The most popular of the Kilimanjaro Route Packages are 8 Days Lemosho route and 7 Days Machame route. The cost of these packages that we provide are all less than $2000 for mid-range to luxury climbs on the mountain.

The Kilimanjaro Route Duration of the climb are mentioned below with estimated tourist traffic, difficulty level, and the number of days it takes for a climber to complete the climb:

Want to know more about the Kilimanjaro Routes?

About 90% of the climbers face Kilimanjaro Altitude Sickness, and our Kilimanjaro Guides can help you avoid it on the mountain. Speaking to our travel experts beforehand also helps you take the right Vaccinations for Kilimanjaro before entering the country as well.

The following pages take each of the routes, individually, and go through a day-by-day description of them. So if you want an authentic, first-hand account of the routes – read on!

Read our climbing guide and learn more about health-check, training, packing lists, visas & insurance, accommodation and all other interesting thing you have to know!

Check our top most Kilimanjaro Frequently Asked Questions guide about Climbing Mount Kilimanjaro. Jerry Tanzania Tours Has Collected All Your Queries In The Following Kilimanjaro FAQs List And Have Tried To Solve Them In The Best Possible Way. Read On To Find Out.

Mount Kilimanjaro has 5 of its best Kilimanjaro route to climb to the roof of Africa. You will need to make sure the route which you have chosen is the right one.

Best Route To Climb Kilimanjaro would be very confusing as each of the routes has its own unique way of attraction. However, there are few things which you can consider for choosing the best Kilimanjaro route. Here are some:

The main recommended Kilimanjaro route is Lemosho Route and Northern Circuit Route. These route has the longer days and gives you time for proper acclimatization. Apart from these routes, you can go with Machame Route, Marangu Route and Rongai Route which also make your climbing more interesting.

The highest Kilimanjaro Success Rate is offered by Lemosho Route and Northern Circuit Route. It has a success rate of above 95% and gives you more time for acclimatization. The long itinerary of these routes makes it a wonder for the climbers to summit the highest peak of Africa. These routes offer gives you more time to sleep in the low elevations and spend more time on the mountains. The accommodation facility is camp based and all the camps are equipped with essential requirements like; sleeping bag, flush toilet, bucket shower and a separate dinning tent. It also provides you adequate liquid on the top.

Known as the "Coca-Cola" route, the Marangu route is a classic climbing route on Mount Kilimanjaro. It is the oldest, most well established route. Many favour the Marangu route because it is considered to be the easiest path on the mountain, given its gradual slope. 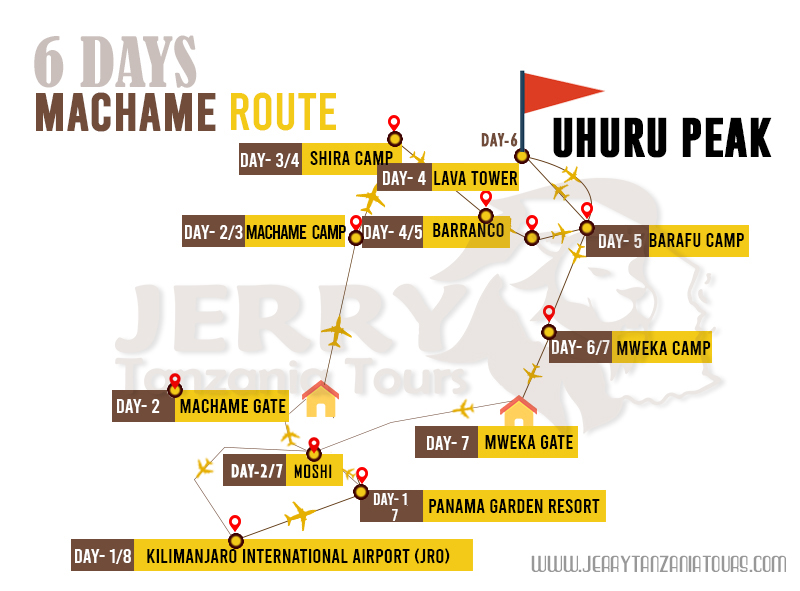 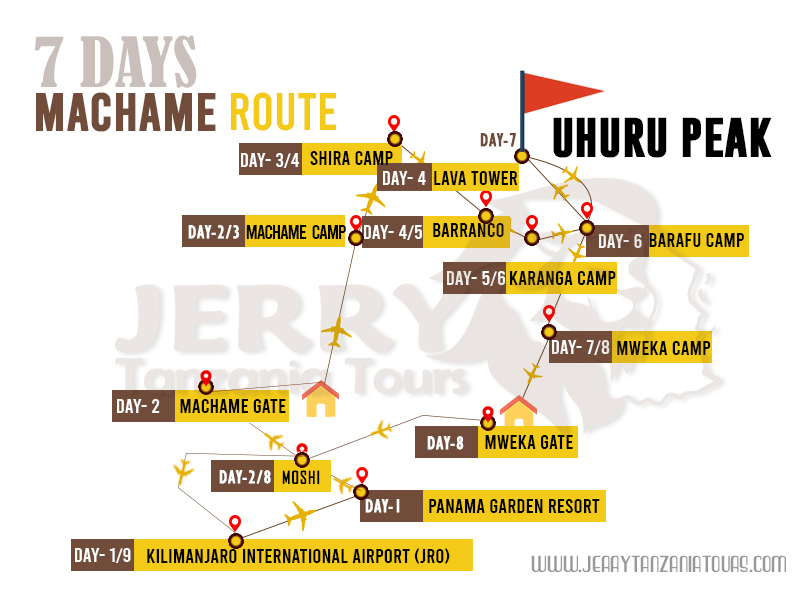 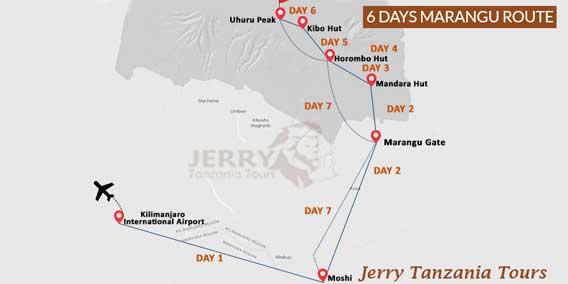 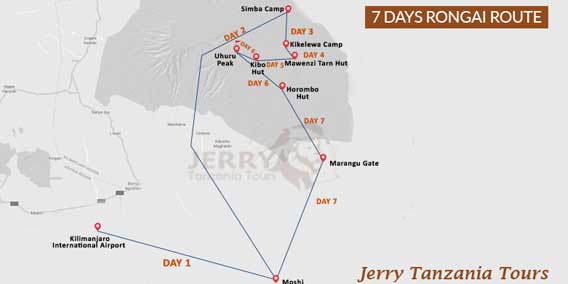 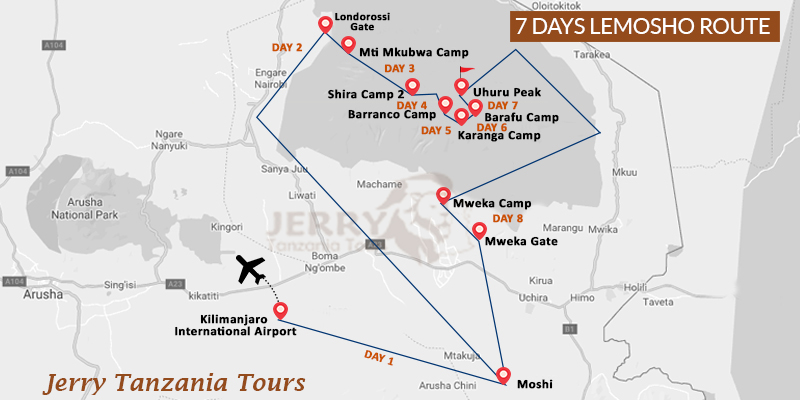 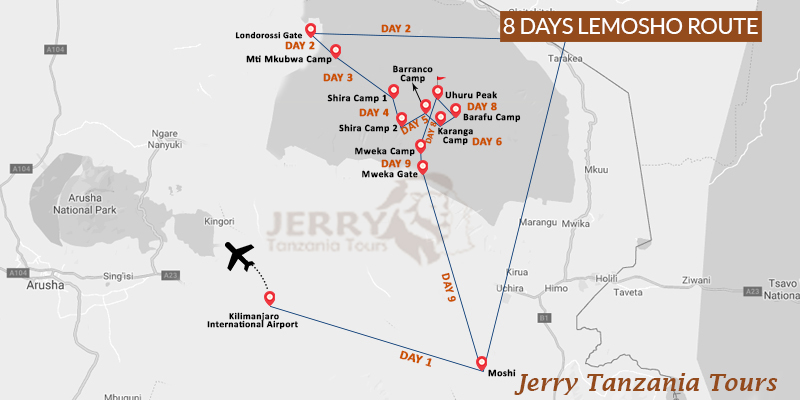 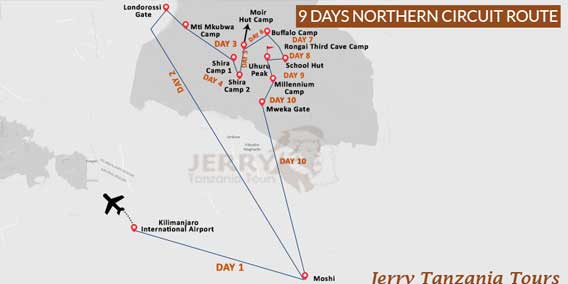