Tanzania, officially known as the United Republic of Tanzania stretches over 365,753 sq miles and considered as the heart of the Safari. 1,093,000 travelers are coming to Tanzania every year to enjoy various act ivies like safari, trekking, and beach break. However, Animals in Tanzania are the main flavor of safari that drives many travelers crazy worldwide.

Some of these Tanzania animals may look cute but have the capability of killing you in mere some minutes. 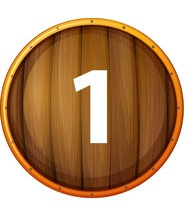 The first place is held by the African buffalo.  Despite being a herbivorous species their aggressive instinct is quite dangerous for their predators.

The African Buffalo is widely known as Cape buffalo and one of the largest African bovine subspecies living in Tanzania. Cape buffalos are one of the members of the African Big five. Luckily it is possible to spot them in most of the national parks of Tanzania.

From ancient days when hunting was legal all parts of Tanzania, game hunters found it very difficult to kill the cape buffalos. Watching the herds charging in the bushes of Tanzania can run the chills down your spine. Sometimes the herds are spotted attacking the lions; which are considered as the deadliest hunters of the African bush.  In fact, they have been recorded the highest human encounter than any other carnivorous animal.

Here are some of the iconic facts about the African Buffalo: 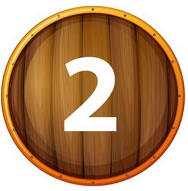 Hippos are one of the magnificent mammals of Tanzania. Even being one of the herbivore species they are highly aggressive which makes them be in the 2nd place of our list.

They were used to be found in many places of Africa; however, habitat loss and poaching have made them one of the endangered animals now. Nowadays they are mainly found in some countries in East Africa like Tanzania.  One of the treasured animals of Tanzania is truly fun to watch.

After African elephant hippopotamus is the second-largest animal of the planet. Hippo pools in Central Serengeti and Selous Game Reserve are the huge tourist attractions of the country.

Here are some of the iconic facts about this endangered animal- 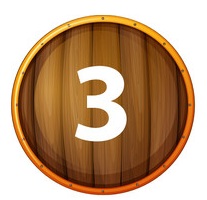 If you will ask which is predators have the highest aggressiveness, then the answer is no doubt the Leopard. Hence they occupy the 3rd place in our list.

Leopards usually live in diverse habitat in Tanzania’s woodland, grassland, savannah, and forest. Though leopards are common in various protected areas of Tanzania, they can be widely spotted in Serengeti, Tarangire, and Lake Manyara National park.

Belongs to Pantherinae sub-family leopards are one of the most furious animals of Tanzania’s bushes. Leopards are very dominating predators and hunt various habitats from small to big animals. While you are in a Tanzania Safari you can spot them in action between sunset and sunrise.

Here are some iconic features of them: 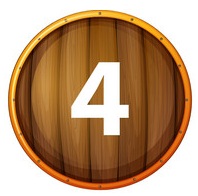 One of the stubborn members of Big Five family the giant African elephants are very aggressive especially when they are with their babies. So, we have kept them 4th in the list.

Once upon a time in Tanzania, there used to be 316,000 elephants residing in Tanzania. Now the number has degraded drastically. There are only 45,000 remains in the national parks of Tanzania. These gentle giants are the biggest land mammals living on the planet.

Symbolizing love, compassion, bravery, and power these animals are one of the iconic members of the Big Five family. The most social animals used to live in groups. However, they can be spotted in various national parks of the country but during your Tanzania Safari you can spot large elephants herds at;

Here are few iconic facts about this largest mammal; 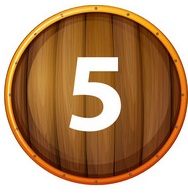 Black Mambas are the deadliest and poisonous reptile of the world and unlike other poisonous snakes, they are really aggressive. They never bite once; they attempt many bites while attacking. Hence, it comes 5th in the list.

Black Mamba is one of the deadliest killers of Sub-Saharan Africa. Black Mambas the deadliest snakes of the world and quite an active as well as large in size.  Those who are bitten by black mamba can lose their life in between 3 to 16 hours if not treated properly.

They are mostly found in the savannas and rocky hills area of the country. However, they attack humans rarely but they are highly aggressive species. A black Mamba has so dangerous poison that it can kill 15 grown humans in just one bite. It is one of the most venomous snakes in the world and belongs to the Elapidae family.

Here are few facts about this deadliest reptile – 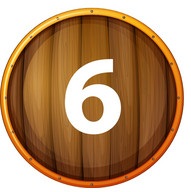 The most furious predator of the African bush occupies the 6th position in our list. It’s one of the dangerous predators that you will encounter in the national parks of Tanzania.

Holding many titles like “king of the jungle” or the “most furious predator” of African bushes Lions are the highlight of Tanzania Safari for every safari visitor. If you are looking for meeting this predator king in Tanzania Destinations then you can spot them in many national parks however, Serengeti offers most of them to spot.

The 10% of the total lion population of the whole world are residing inside Serengeti National Park. They mostly preferred to live in suburbs and savannahs in Tanzania. Apart from Serengeti, it’s possible to spot lions in Ruaha national park, Lake Manyara National Park, Mkomazi national park, Selous game reserve, and Tarangire.

Here are some iconic facts about the national park- 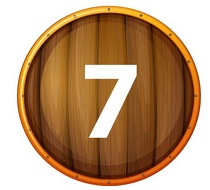 Nile Crocodiles are the biggest crocodiles in the world. These water predators hold 7th place on our list.

Crocodiles are one of the earliest animals and the biggest danger in the water world of Tanzania. Residing in the freshwater source of Tanzania crocodiles are the deadly hunters with strong teeth and skin. The population of them is pretty good. However, there is no official data on their total population but the Selous Game Reserve’s Rufiji River itself has 100,000 crocodiles.

It’s considered that Tanzania has the highest population of African crocodile. Here are few iconic facts about the African Crocodiles; 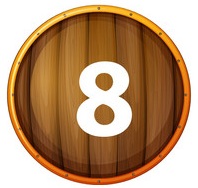 Holding the 8th position in our list, Rhinos are the critically endangered grazers however very reactive while provoked.

The most endangered animal of Tanzania is Rhinoceros. They are almost vanishing from Africa; however, you can spot some of them in the grassy plains, open woodland, mountain areas. The best places for spotting them during Tanzania Safari are Serengeti National Park, Selous Game Reserve, Ngorongoro Carter Area, and Mkomazi national park.

It was estimated that there are less than 123 rhinos left in the wild of Tanzania. However, there are few places where you can still spot some black and white rhinos in Tanzania. Here are a few facts about Rhinos; 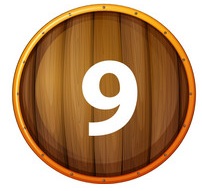 In the 9th position is the Testese flies, they are hard to avoid and a dangerous health threat.

While heading up Tanzania Destinations you are likely to do tons of research about the safety precautions. It’s surprising to some extend but Testese flies are one of the most threatened bugs for health you will spot in Tanzania.

Their bite is highly responsible for African sleeping sickness. Symptoms of sleeping sickness include fatigue, muscle aches, fever, and headaches. Sometimes it gets worse like psychiatric disorders, difficulty sleeping, and coma, etc.

Here are a few facts about them; 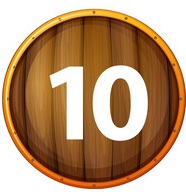 Last but definitely not least; the mosquitoes are undoubtedly the most dangerous ones in Tanzania. However, due to its size, we have placed them in 10th position but the travelers should take good care of protecting themselves from the mosquitoes bite.

Before entering the country the travelers need to take yellow fever vaccination which is mandatory for all. Apart from these, there are wide numbers of Anopheles that can be spotted in Tanzania who carry the malaria virus.

However, during your Tanzania Safari with Jerry Tanzania, you don’t need to afraid of these predators or aggressive animals. You will be totally guided by our Experienced & Expert guides who are well aware of these animals’ behavior.

Jerry Tanzania Tours is one of the no 1 reputable operators on Mount Kilimanjaro, leading over 1000 climbs and guiding 2,000 people every year. We do what we state and are focused on our customers. Because of which we endeavour to push our limits and surpass their desire by giving them the best climbing experience. Won't you join us on the Roof of Africa?

HOW TO PREVENT YOURSELF FROM INJURIES WHILE CLIMBING MOUNT KILIMANJARO?

IS CLIMBING MOUNT KILIMANJARO WORTH IT OR REGARDED AS AN EXPENSIVE ANXIETY?